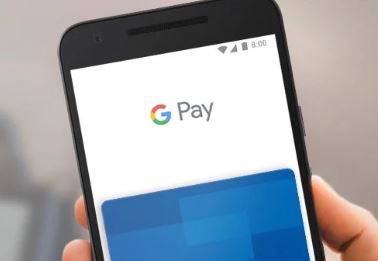 Google has revealed a flurry of its bank partners ahead of the 2021 launch of its bank accounts via Google Pay.

With Citi and Stanford Federal Credit Union (SFCU) already announced, the US Big Tech has announced another six of its banking partners.

Google’s partner banks will handle the financial side of its accounts, whilst the Big Tech provides the front-end experience

These include challenger BankMobile, Alabama-based BBVA USA, Chicago-based BMO Harris, Washington-based Coastal Community Bank, First Independence Bank – one of the largest black-owned banks in the US – and New York-based SEFCU.

Currently, the tech giant offers Google Pay alongside its complementary Google Wallet. The wallet was unveiled in 2011, years before Google Pay launched and made the offering popular.

In December 2018, Google obtained an e-money licence in Lithuania which allows it to offer digital wallets across the EU.

Last November, the Wall Street Journal first reported Google’s efforts to get deeper into banking under the name ‘Project Cache’.

Google looks to be working on a more fleshed out banking offering. It says it will be announcing a series of other US financial institutions on its partner list over time.

Google’s partner banks will handle the financial side of its accounts. Whilst the Big Tech provides “the front-end, intuitive user experiences and financial insights,” says partner BankMobile.

These banks will allow Google to keep banking customers’ money in FDIC or NCUA-insured accounts.

Many US challengers piggyback off their banking partners and list their names in the small print. But Google is giving its banks a much more co-branded experience.

The tech giant has also deliberately chosen a broad range of banks. From large, global banks to smaller credit unions with local ties, it hopes to provide a more diverse range of products.

So far, no major details have been released on these products, other than that there will be built-in budgeting tools and with financial insights.

Google says it will offer “digital checking and savings”, suggesting a focus on long-term wealth products.