From meat to sauce to the gear and gadgets involved in cooking, smoking, serving and cleaning up the sticky, succulent mess that is barbecue, this multifaceted industry has grown to be a $10 billion behemoth domestically that is now a year-round favorite of consumers and retailers alike.

The good news about the so-called “barb-economy’ is that it is so widely loved and celebrated — both in the U.S. and around the world — that it enjoys an enviable annual growth rate and consistent tailwinds within the many different retail categories it straddles.

As much as a growing number of new butchers, grocers, hardware retailers, houseware stores, department stores and other e-tailers are entering the space, there appears to be — in the spirit of a well-planned pig roast — enough demand for everyone.

It Starts At The Farm (Or Port)

Without starting an argument among the BBQ loyalists, the business of providing the protein of choice for the nation’s legion of grillers is, in itself, a massive operation. Whether it’s beef, pork, chicken, seafood, vegetables or plant-based fare that’s being put to the flame, chances are there are dozens of good choices — both near and far — to suit the varying needs of every palate. 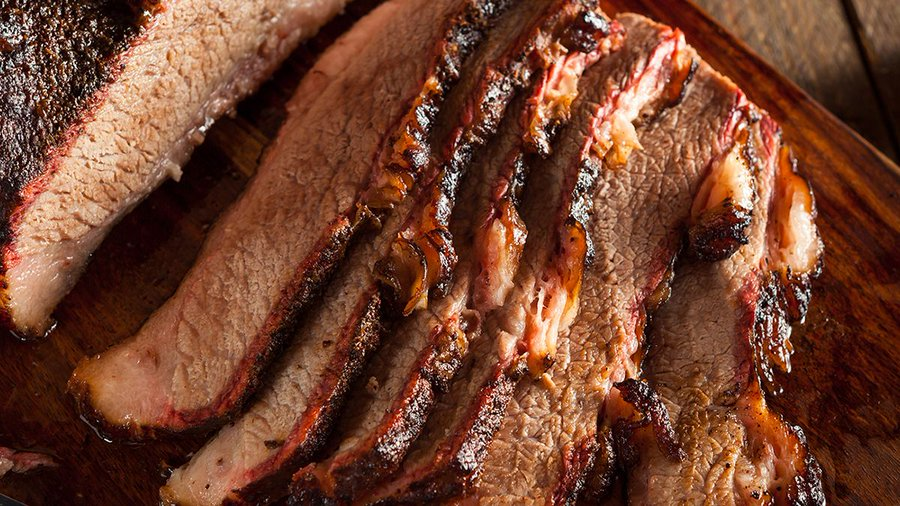 According to a new meat industry research report from Technavio, pork is currently the leading segment within a broader BBQ market that is growing globally by 4 percent per year and is dominated domestically by

a half-dozen giant producers including Cargill, Conagra, Hormel and Tyson. However, the report also noted that increasing outbreaks of livestock disease, as well as a spate of new product launches, are driving forces of growth in the industry right now.

In addition, the changing tastes and increasing social awareness of consumers have also led to an explosion of the so-called “Eat Local” trend, as well as websites like Eat Wild, which lists more than 1,400 family-run and pasture-based farms that either deal directly with — or ship to — consumers across the country.

While the mail-order meat business has been active for decades with stalwarts such as Omaha Steaks, the competition has grown and the offerings have diversified in recent years — including Boston-based ButcherBox, which unabashedly promotes meat-eating at every holiday while backing it up with free meat promos to entice first-time buyers.

Much More Than Meat

“Plant-based is the grocery category to watch right now,” said Parker Brody, senior global category merchant for Whole Foods Market, in unveiling the retailer’s first-ever survey on this new market segment. “We find that customers are breaking out of their routines and are more open to trying something new,” Brody added.

Sorry, carnivores, but the rise in healthy eating would fall squarely into the “something new” category. In fact, according to Eating Well, grilling vegetables was one of its newly compiled top five food trends highlighted by the foodie site after it saw a 51 percent increase in web searches on the topic this year.

Rounding out the consumable barbecue category is the $2 billion-plus sauce and seasoning subset, a niche with almost as many purveyors of packaged goods as there are flavors and varieties to pick from.

In addition to the growing assortment of branded BBQ sauces available in-store and online, bottles of restaurant-branded brews available for takeout and delivery are also brisk sellers this time of year. Syracuse, New York’s Dinosaur Bar-B-Que is one example of the new breed of BBQ restaurants that have made the leap, and now double-dip as direct-to-consumer (D2C) and omnichannel retailers in addition to its core restaurant business.

And if you think BBQ fans are opinionated about their meats and sauces, try going to Brazil, Greece, the U.K. or Australia and telling them about the “Great American cuisine,” as cooking meat over fire is literally as old as civilization itself.

The Hard Sell For BBQ Hardware

Once you’ve picked your protein(s) and seasoning, it’s time to choose your weapon, so to speak, and again, the range of cooking options available is exceeded only by the passion and loyalty that BBQ devotees show for the various methods.

And again, the sheer volume of options and price points to pick from — ranging from a $12 charcoal Hibachi to a giant $16,000 multi-burner unit with a built-in smoker and fridge — is another reason why the barb-economy is as big and bountiful as it is.

Suffice to say, whether you’re a wood-fired fanatic, a proponent of propane, a champion of charcoal or a supporter of smoking, every one of the 12,000-plus Walmart, Target, Home Depot and Lowe’s locations in the country will be more than happy to hook you up with all manner of grills — be that curbside, in-store, pre-assembled or delivered.

In addition to countless additional hardware and appliance retailers that also sell grills, a growing number of outlets and eCommerce sites are joining the barbe-palooza that you might not expect to find — including Dick’s Sporting Goods, which has nearly 50 different grills posted on the outdoor section of its website, as well as furniture-centric retailers like Wayfair and Overstock.

Once you expand your search to include BBQ thermometers, tools and tongs — as well as an assortment of BBQ-themed hats, shirts, aprons and gloves — the list of retailers selling grill-related goods within the multi-billion-dollar barb-economy draws in players like Kohl’s, Macy’s and Etsy.

In fact, among the 645 BBQ-related items for sale by Bed,Bath & Beyond, there’s even a toy Sizzle & Smoke Grill to help whet the appetite of the net generation of grillers — and consumers — in the great, global barb-economy.