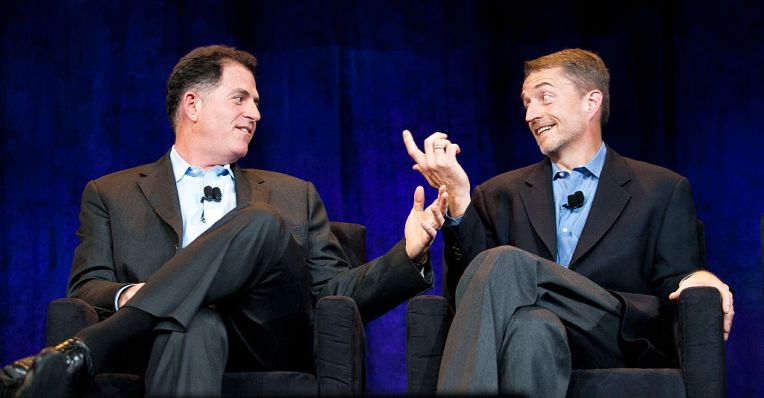 Last week, we discussed the possibility that Dell could be exploring a sale of VMware as a way to deal with its hefty debt load, a weight that continues to linger since its $67 billion acquisition of EMC in 2016. VMware was the most valuable asset in the EMC family of companies, and it remains central to Dell’s hybrid cloud strategy today.

As CNBC pointed out last week, VMware is a far more valuable company than Dell itself, with a market cap of almost $62 billion. Dell, on the other hand, has a market cap of around $39 billion.

How is Dell, which owns 81% of VMware, worth less than the company it controls? We believe it’s related to that debt, and if we’re right, Dell could unlock lots of its own value by reducing its indebtedness. In that light, the sale, partial or otherwise, of VMware starts to look like a no-brainer from a financial perspective.

At the end of its most recent quarter, Dell had $8.4 billion in short-term debt and long-term debts totaling $48.4 billion. That’s a lot, but Dell has the ability to pay down a significant portion of that by leveraging the value locked inside its stake in VMware.

Nothing is ever as simple as it seems. As Holger Mueller from Constellation Research pointed out in our article last week, VMware is the one piece of the Dell family that is really continuing to innovate. Meanwhile, Dell and EMC are stuck in hardware hell at a time when companies are moving faster than ever expected to the cloud due to the pandemic.

Dell is essentially being handicapped by a core business that involves selling computers, storage and the like to in-house data centers. While it’s also looking to modernize that approach by trying to be the hybrid link between on-premise and the cloud, the economy is also working against it. The pandemic has made the difficult prospect of large enterprise selling even more challenging without large conferences, golf outings and business lunches to grease the skids of commerce.

Search Web: Unpacking how Dell’s debt load and VMware stake could come together